For the first time in its long history, since the schooner yacht America won its famous trophy from England’s Royal Yacht Squadron in 1851, the America’s Cup is not “just” the America’s Cup. 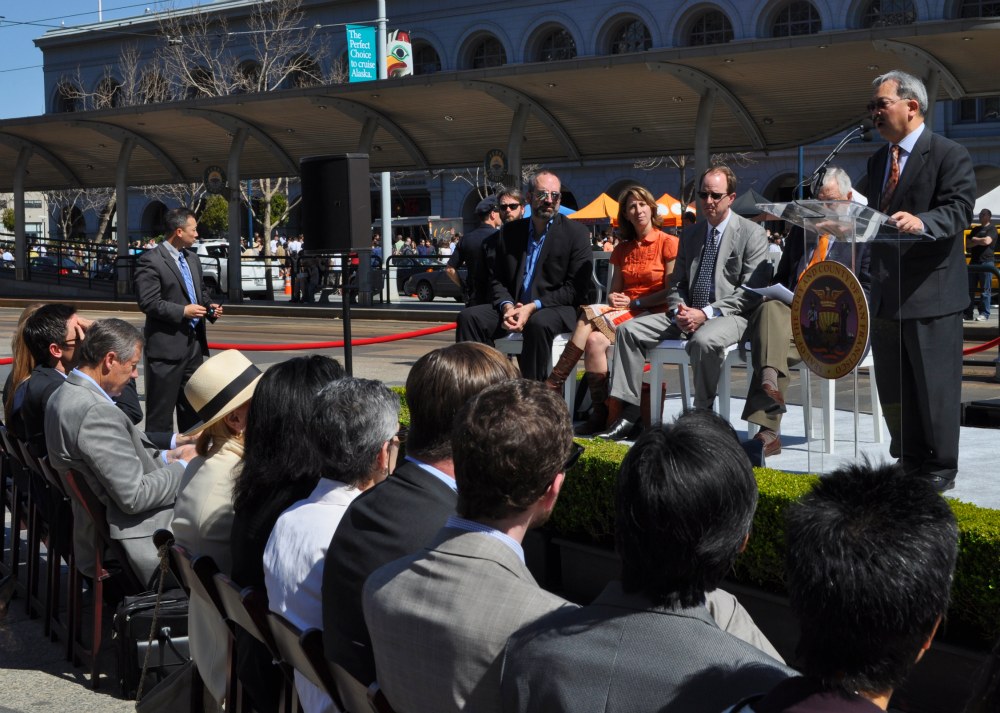 Ed Lee, Mayor of the City of San Francisco, chose April 1, 2011 to announce that in the dreadful event a foreign challenger should take away the America’s Cup, whether in a match in 2013, or in the years to come, said challenger will win much more than that ancient piece of silver.

Russell Coutts, CEO of the Golden Gate Yacht Club’s defending team, Oracle Racing, declared, “I assure the citizens of the city that we intend a vigorous defense that will keep the Vaillancourt Fountain right where it is for at least the next 132 years.” 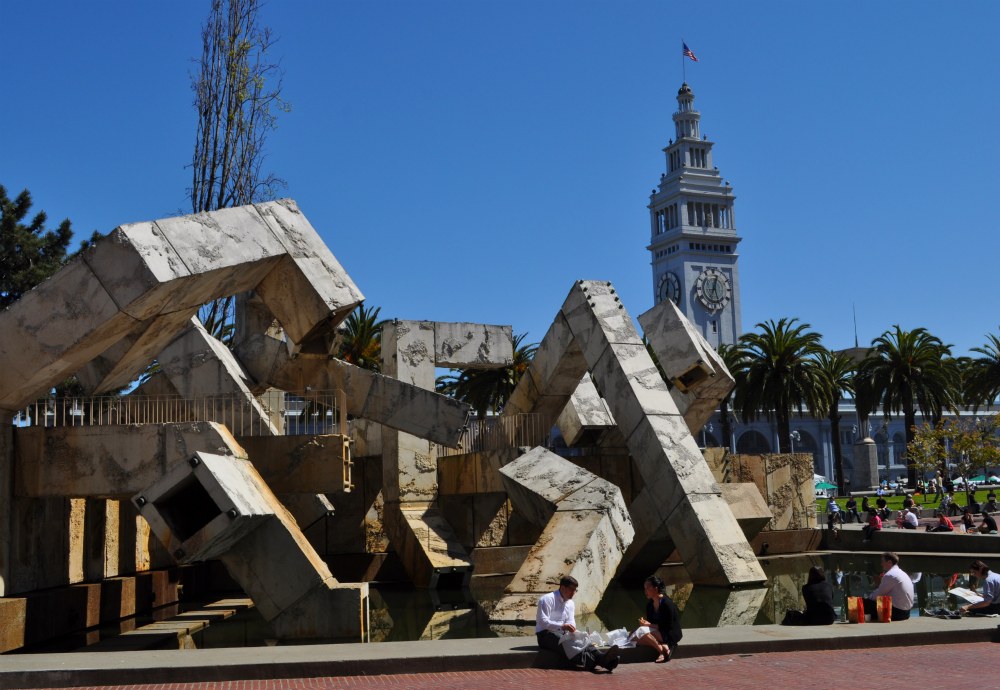 The Vaillancourt Fountain with the Ferry Building, an earthquake survivor, in the background

Art lovers naturally found it hard to fathom the possibility of losing a treasure, though having survived the removal of a concrete double-decker freeway that walled off the city from San Francisco Bay—post Loma Prieta quake, 1989—they’ve had practice.

Grant Dalton, linchpin of the formidable Team New Zealand challenge for America’s Cup, noted that, as prizes go, the Vaillancourt Fountain would fit nicely into earthquake-devastated Christ Church, though not until the pain and suffering have eased. “We’re a small country,” he said. “This is a difficult time, but we are excited to see that the Vaillancourt Fountain would match the present landscape of our country’s capital. We are grateful to the citizens of San Francisco for putting it up for grabs when they could so easily hoard it for their own pleasure, or just wait for the next earthquake in San Francisco to see if anybody can tell the difference.”

With the entry period closing at midnight, March 31, the Golden Gate Yacht Club has reported to the Event Authority (note my careful phrasing) a field of 15 competing teams including the defender, Oracle Racing.

Five teams remain “undisclosed,” leaving open the possibility that one is a rival defense candidate.

I repeat from yesterday, one of the undisclosed is not North Korea.

The Event Authority also announced the schedule for World Series racing in 2011, pushed back from the ambitious, original month of June and conspicuously lacking Newport, Rhode Island. But my friends in Southern California will be happy. The RC44 regatta in San Diego in March established the value of the in-bay racing there: