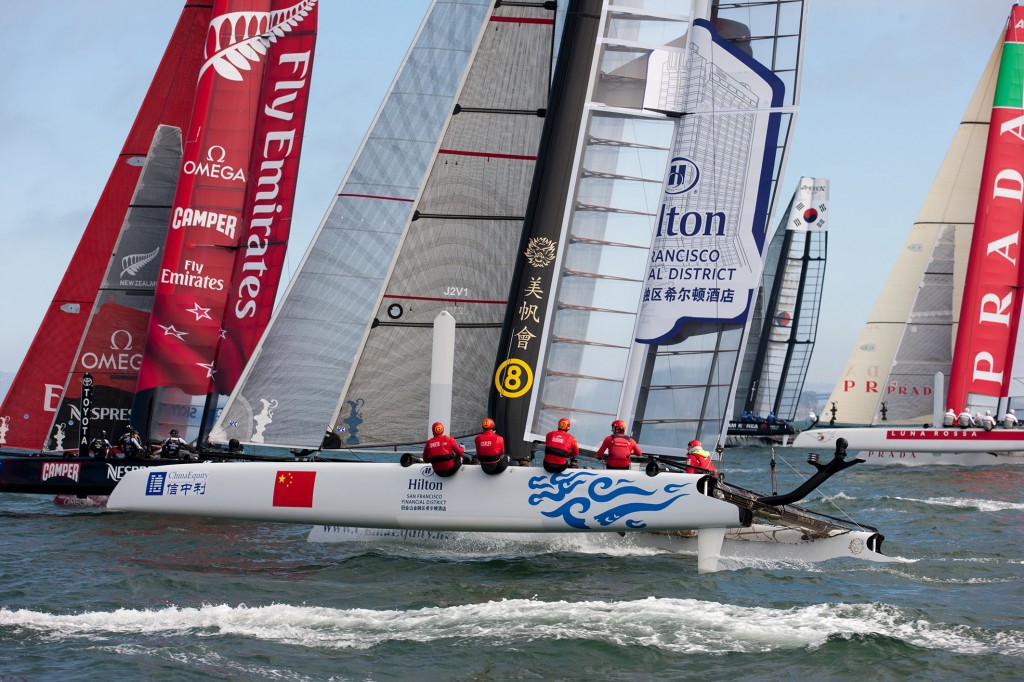 Quote, unquote. Random voice in a random crowd as eleven trimmers lit up their wings and eleven windward hulls picked up and the spray commenced to fly and San Francisco’s Fleet Week Sunday audience hollered and whistled at the sight.

One more dose of what Russell Coutts in August called, “proof of concept.”

How cool is that?

Coming off the high of the America’s Cup World Series in August, you could figure the goal in co-mingling sailboat racing in October was to not f-up a good thing.

Now we know that Jimmy Spithill can capsize in one fleet race, bust the upper parts of the wing, and still finish second in the next fleet race, having done his bit for the highlights reel . . . 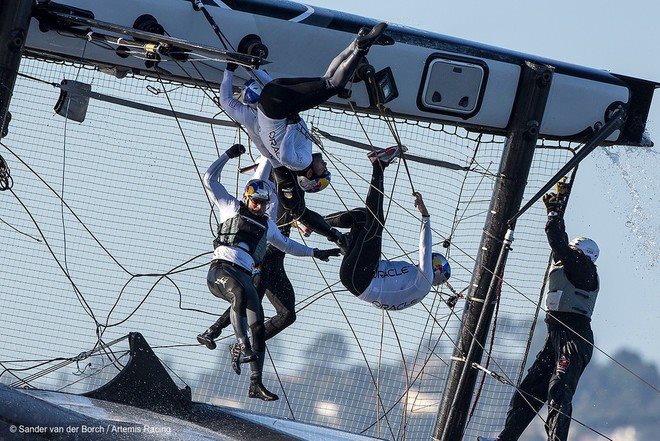 . . . and then outfox Dean Barker on the starting line and turn the match-race final into a runaway, a crippled Oracle Team USA stomping a healthy Emirates Team New Zealand. And come back on Sunday (“The shore team worked through the night; they’re heroes”) to climb through the fleet from a fluffed start (“The tone on the boat was the same, whether we were losing the race or winning the race”) to win the day and the week in the fleet-racing discipline.

On points, Spithill tied with his for-practical-purposes stablemate Ben Ainslie, who had been the fleet-race story of the week, showing blazing speed and smart starts. The five-time Olympic medalist, in his second ACWS, won three of seven races and never finished below fourth. But Sunday’s finale was heavily-weighted, giving Spithill the points to close the gap. Winning the last race was the tiebreak-criterion, and that was that. As to flipping on Saturday, and digging his way out of the deep on Sunday, Spithill said, “We’re supposed to be learning how to deal with adversity, but I thought I gave them enough of that already.”

Call it a setback but not a game changer to have the racing separated from the shoreline—to fit the restricted zone of the Fleet Week airshow—and still the racing was close enough to wow the crowd (noticeably, the ladies) whenever newcomer Ainslie streaked into the lead. The man has some schooling ahead in match racing, but he served notice, and he’s marketable.

Prior to race one, there had been a moment at a media-meet-the-skippers confab, when young Peter Burling, 49er silver medalist called in to replace 49er gold medalist Nathan Outteridge at the helm of Team Korea, was left standing somewhat awkwardly alone. When he got out front in the fleet race finale I was thinking, How cool is that? But he couldn’t hold it. But he too served notice. Isn’t there a deep pocket somewhere in Korea who will step up for these guys? Time is . . . 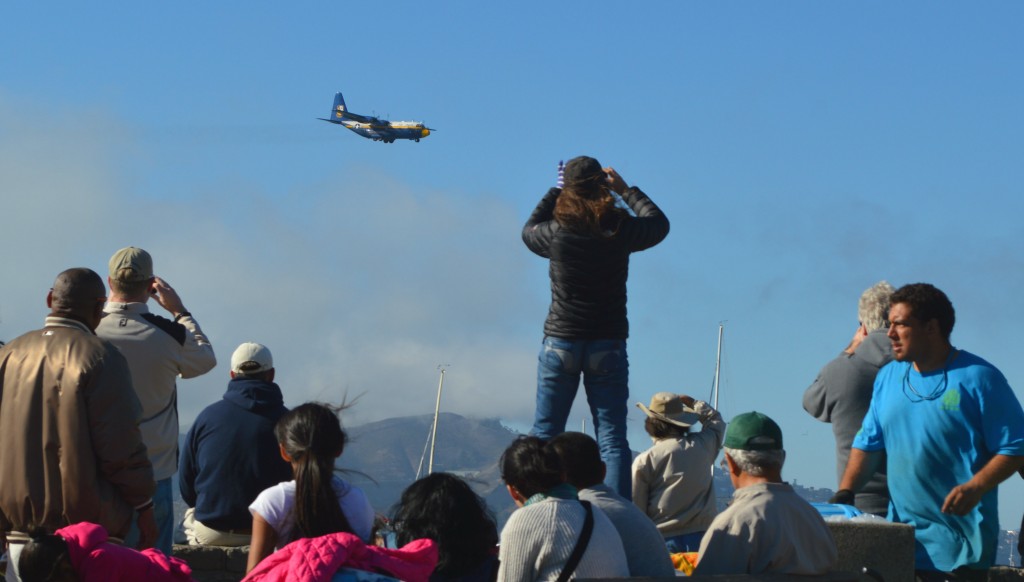 With the air show as a distraction, the Teams Store was not as jammed as I saw it in August, but on a quick troll through, my takaway was one clerk’s voice, “Sorry, there’s only one Medium left.” I think most of my readers are familiar with the cool-for-school ethic that we don’t wear this event’s swag at this event, but there’s a fan base forming that is not “us,” and it’s out there, just like the fan base that turns the baseball park Giants-orange for the games.

Fans in fan clothing. Three words come to mind. Proof of concept. How cool is that?

AND, HOW COOL IS THIS? 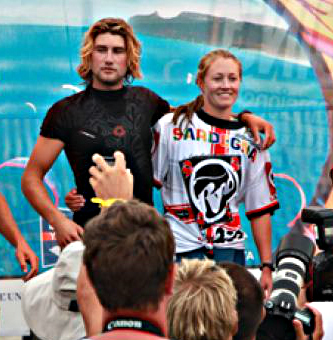